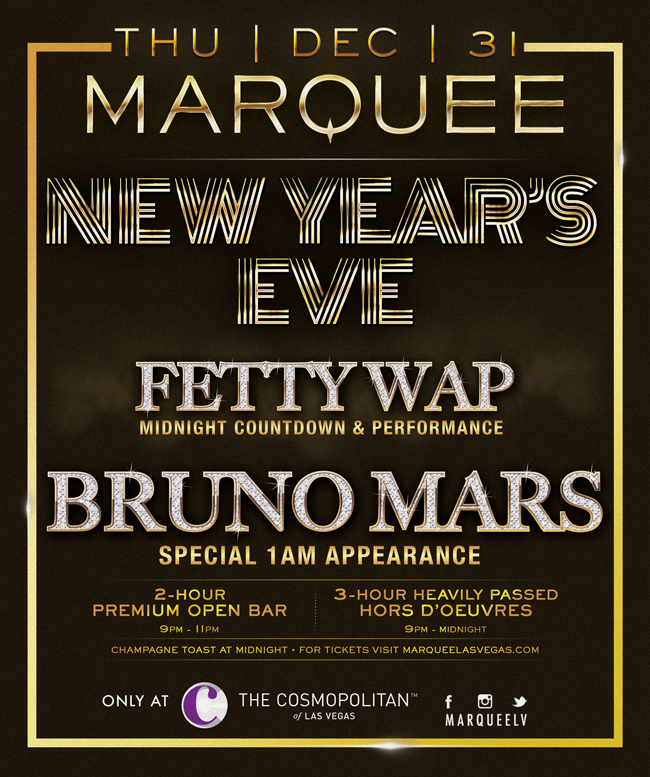 Fetty Wap, is an American hip hop recording artist from Paterson, New Jersey. He rose to prominence with his 2014 single “Trap Queen”, which was a sleeper hit that peaked at number two on the US Billboard Hot 100 chart in May 2015, followed by the top ten singles “679” and “My Way”. Wap signed with 300 Entertainment in November 2014 and released his self-titled debut studio album in September 2015. He was also chosen as part of the XXL magazine 2015 Freshman Class. (Credit Wikipedia)

Bruno Mars, is an American singer, songwriter, record producer, voice actor and choreographer. Born and raised in Honolulu, Hawaii by a family of musicians, Mars began making music at a young age and performed in various musical venues in his hometown throughout his childhood. He graduated from high school and moved to Los Angeles to pursue a musical career. Mars produced songs for other artists, co-founding the production team The Smeezingtons.  (Credit Wikipedia)