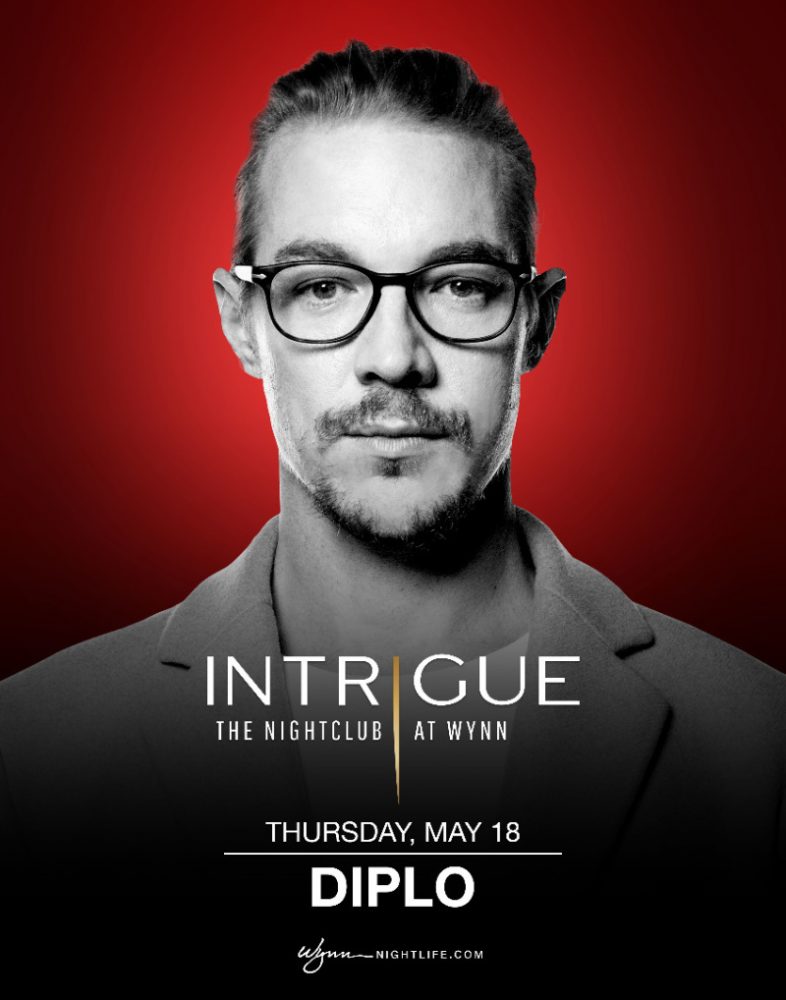 FEATURING: DIPLO + DJ POLITIK
WHERE: INTRIGUE Nightclub
WHEN: Thursday, May 18 2017