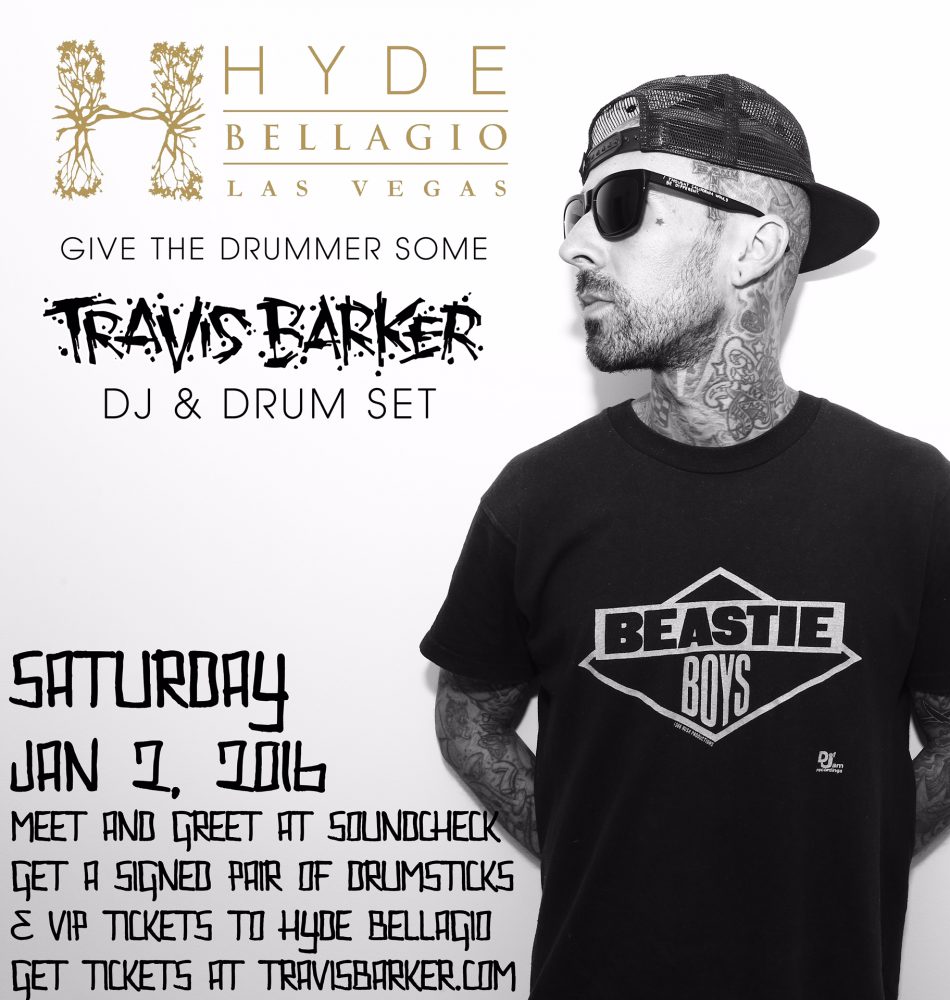 Travis Landon Barker (born November 14, 1975) is an American musician and producer, and the drummer for the American rock band Blink-182. Barker has also performed as a frequent collaborator with hip-hop artists, and with the alternative rock band +44, the rap rock group the Transplants, and the alternative rock band Box Car Racer. He was a frequent collaborator with the late DJ AM, and together they formed TRV$DJAM.

After the split of his first band, Feeble, Barker began playing for the Aquabats in 1996 as the Baron Von Tito. He recorded one album with them, The Fury of The Aquabats!, in 1997. His career took off when he joined up with Blink-182 in 1998. Barker has since established himself as a versatile drummer, producing and making guest appearances in music projects of numerous music genres including hip hop, alternative rock, pop and country. He has gained significant acceptance within the hip-hop community in particular and often collaborates with artists to compose rock-tinged remixes to their songs. Barker collaborated with artists (including Game,Yelawolf, Tom Morello, Corey Taylor, Slaughterhouse, Raekwon, Busta Rhymes, RZA, Slash, and other musicians) for his solo debut album, Give the Drummer Some, which was released on March 15, 2011.

In 2011, he worked with Steve Aoki and Kid Cudi in Aoki’s hit single Cudi the Kid, as part of his album Wonderland, with Barker as lead drummer.

Aside from drumming, he founded the clothing company Famous Stars and Straps in 1999 and LaSalle Records in 2004. Companies such as DC Shoes and Zildjian cymbals have co-designed products in his name. Rolling Stone referred to him as “punk’s first superstar drummer.” (credit wikipedia)